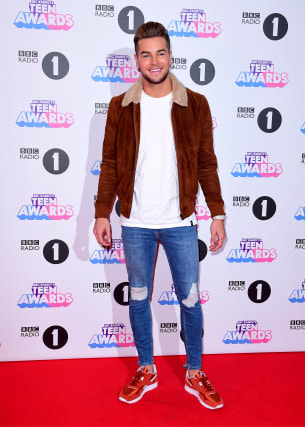 The reality TV personality, 27, was devastated when older brother Ben was diagnosed with testicular cancer and later told of his fears he may be infertile.

Ben was later declared cancer free. The siblings will star in BBC documentary Me, My Brother And Our Balls and Hughes hopes viewers will walk away with a greater understanding of the subject.

He said: “I hope they’ll take away some education about male fertility, and that they can really help themselves by being precautionary.

“And also realise that whilst they’re probably being told that this is a female issue, but there’s a very strong chance that it might be their issue and it could save years of pain, heartache and struggle if they just make sure to take action earlier and look after themselves in very simple ways.”

He was praised in 2018 for undergoing a testicular exam live on This Morning and has undergone surgery after suffering from the condition varicoceles, which affects the veins on the scrotum.

Hughes said he hopes to start a family in the future and described the documentary as “exciting but tough to film”.

He said: “I’m only 27 but I am keen to have children later in life. Starting a family is a really important issue for a lot of people, and I believe this doc could help so many people, because I’ve learned a great deal about the absolute basics of male fertility since filming that I didn’t know about before.

“It’s been a real eye opener. It’s been exciting but tough to film.”

Me, My Brother and Our Balls is available from 6am on September 30 on BBC Three on iPlayer.

Piglet sees herself in the mirror for the first time

These are the countries Britons have never heard of

Playing with fire is such a bad idea