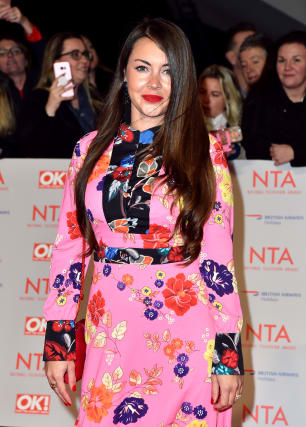 Lacey Turner says she is "over the moon" to be expecting her second child.

She told OK! magazine that she is 16 weeks pregnant.

"We feel so lucky to be expecting our second baby, as it took so long to get Dusty," she said.

Turner, who plays Stacey Slater in the BBC One soap, added: "I was over the moon. I had an inkling I was pregnant, so I took the test at home and it was positive."

The actress, who is married to Matt Kay, said: "We feel so lucky... as it took so long and there was so much heartache getting Dusty here."

And she added: "After the heartbreak we went through, it's a miracle to fall pregnant so quickly."

Turner met her husband as teenagers and the pair married in Ibiza in 2017.