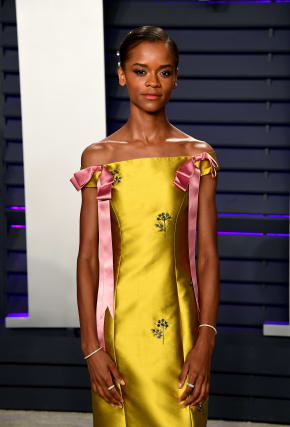 A new trailer for a collection of films made by Steve McQueen gives a glimpse at the performances of Letitia Wright and John Boyega.

The films, collectively titled Small Axe, will air on BBC One and BBC iPlayer in November.

Wright stars in Mangrove, which tells the story of the trial of a group of nine protesters against police harassment who were of West Indian, African and South Asian heritage.

The trailer appears to show her character taking part in a demonstration.

Boyega, who stars in Red White And Blue, appears in the trailer dressed as a policeman.

The film tells the story of forensic scientist Leroy Logan, who is played by the actor, who wants to do more work outside the laboratory to change what he sees as the racism within the police force.

Education, Alex Wheatle and Lovers Rock are the titles of the other films in the series.