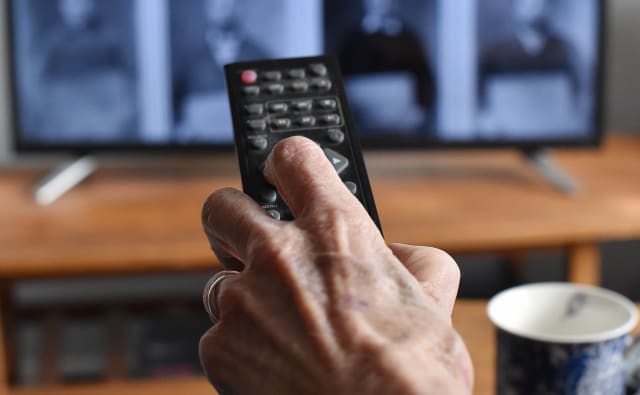 The BBC’s new director-general has defended the corporation’s stance on introducing means-testing for TV licences for the over-75s.

The universal right to a free TV licence ended last month for the over-75s and only those in receipt of pension credit will not have to pay.

The move has been criticised by some including charity Age UK and Culture Secretary Oliver Dowden, who said in July that he felt “let down” by the broadcaster.

Tim Davie, who took over from Lord Tony Hall as director-general earlier this month, said the move had been a “really tough decision” for the BBC.

“I was part of the board that made the decision, which was driven by a balance of trying to ensure that we protected the value people get from the BBC – because frankly, taking £700 million out would have disastrous consequences in terms of the provision that we were giving to people – but also trying to get a fair solution, and that is why we’ve gone for what we see as a properly balanced proposal.

“I have no plans to reverse that decision and support where we are at the moment.”

Mr Davie made the comments as the BBC published its annual report, which detailed the pay of the highest earners at the BBC.

Match Of The Day host Gary Lineker was the top earner on £1.75 million for the 12 months to the end of March, although he has agreed to a pay cut of 23%.

Conservative MP Julian Knight, chairman of the Digital, Culture, Media and Sport Committee, said the salaries paid by the broadcaster are “concerning”.

“Despite Gary Lineker’s pay cut, when millions of pensioners are having to find extra cash to pay for the BBC and services they depend on, it’s concerning to see not only has the bill for on-air talent grown by more than £1 million but that more than 100 senior executives are paid over £150,000 a year – in many cases considerably more than that,” Mr Knight said.

“We will continue to press the BBC on how well the licence fee payer is served as part of our ongoing inquiry into the role of public service broadcasting in this digital age.”

He said that whether people believe they get value for money is a “central issue”.