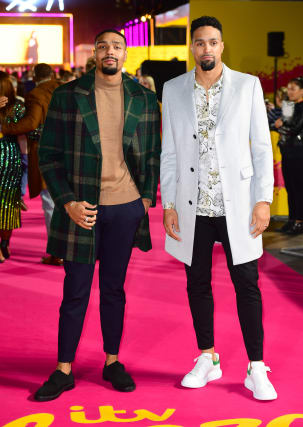 ITV has praised Diversity for the group’s “authentic, heartfelt” performance on Britain’s Got Talent, which was inspired by Black Lives Matter, as it was revealed it has drawn more than 23,000 complaints to the broadcasting watchdog.

As Banjo lay on the floor while the police officer handcuffed him, other dancers crowded around with smartphones as if to film and take photos of the incident.

The routine also saw the dance troupe take a knee, in protest against racism and police brutality.

The performance was widely praised on social media during the show on September 5 but there has since been 23,308 complaints to broadcasting watchdog Ofcom.

A spokeswoman for Ofcom said: “We are assessing these complaints against our broadcasting rules, before deciding whether or not to investigate.”

Banjo has said the group has been overwhelmed by the positive reaction to the performance and has received “hundreds of thousands of messages, comments, DMs, and just interactions in the street”.

An ITV spokesman said: “Britain’s Got Talent has always been an inclusive show, which showcases diversity and supports strong storytelling in all forms and ITV stands behind the decision to broadcast Diversity’s performance on BGT.

“Ashley and the group are a great example of the talent, creativity and diversity of modern Britain and their performance was an authentic, heartfelt response to many of the issues and events which have affected society in 2020.”

In a video message on Instagram, Banjo said that while “the headlines have been about the complaints and the negativity… the negativity is the minority.

“The positive response has been huge. So thank you so much to everyone who has supported, shown love, and stood by what we did.”

“We stand by every single decision we made with that performance… I’m proud.”

The “negativity” included “racial abuse” and “threats”, he said, adding: “That reaction shows exactly why this performance was needed… Racism is very real. I knew it before and I definitely know it now.”

He said the “performance was a round-up of an extraordinary year”.

“Everything from lockdown to Covid-19, to the incredible NHS to the spotlight that’s been shone on racism. Everything that happened with George Floyd in America, the protests, the riots – ultimately culminating in the idea of unity, hope, finding a cure.”