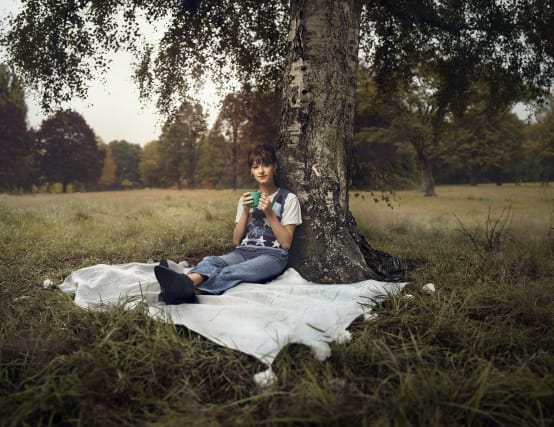 The celebrities appeared in a socially distanced photo series to mark the 30th anniversary of Macmillan’s flagship campaign, which usually brings people together in cafes, shops, schools, offices and hospitals every September.

Jones, Harris and Cotton are doing “whatever it takes” to hold a coffee morning in what the charity is calling the “most critical time” it its history.

Macmillan faces losing a third of its fundraising income due to the coronavirus pandemic, it said.

Edgar-Jones, who won widespread acclaim for her portrayal of Marianne in BBC drama Normal People, encouraged people to take part in any way they can, including virtually or by following social distancing guidelines.

She said: “Macmillan is always there for those of us who need support, and now more than ever they need our help to do their vital work.

“Having a coffee morning for Macmillan is a fun and easy way to raise money for a great cause and, even though this year things are a little different, it’s still important that we have a cuppa for Macmillan if we can, wherever we are, and give them our love and support.”

Harris, who reprises her role as Eve Moneypenny in upcoming James Bond film No Time To Die, said: “Macmillan Cancer Support needs our support now more than ever. Wherever you are, please enjoy a cup of something and donate whatever you can to help Macmillan continue its truly vital work.”

This year’s coffee morning is set to take place on Friday, September 25.