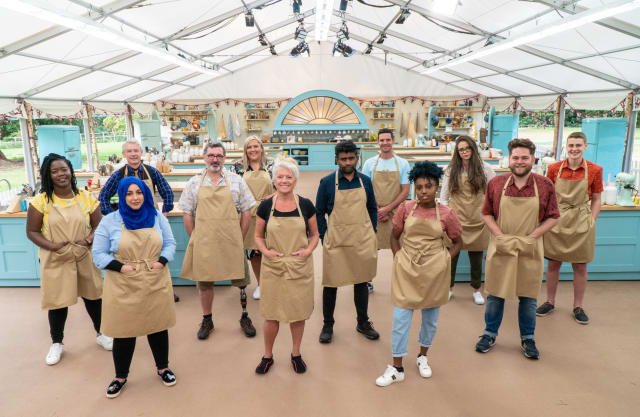 The line-up for the new series of The Great British Bake Off has been revealed.

A sculptor, a pantomime producer and a university student are among the 12 amateur bakers taking part in this year’s contest.

The series will begin next week after initially being delayed as a result of coronavirus.

Among the hopefuls is Marc, a 51-year-old bronze resin sculptor who lives in Cornwall, who began baking after he lost his leg in a motorbike accident in 2016.

He started making bread as a form of therapy and later progressed to baking cakes and pastries.

Student Peter, 20, who was born in Edinburgh, was inspired by Bake Off to start cooking for himself.

The accounting and finance student, who has also represented his country at badminton, has been baking since he was 12 and has seen every series of the programme.

Pantomime producer Lottie, 31, from West Sussex, has labelled herself a “perpetually frustrated perfectionist” and has had a fascination with cooking since childhood.

Self-taught baker Makbul, 51, initially began cooking at home as a way of supporting his mother.

The accountant, who lives in Greater Manchester, also does beekeeping in his spare time and produces his own honey, which he uses in his bakes.

Other contestants include armoured guard Dave, accountant Hermine, digital manager Laura and Linda, who is a retirement living team leader.

The new series will begin on Channel 4 on September 22 at 8pm.

Production of the series was initially delayed because of the coronavirus pandemic.

However, filming of the programme finished near the end of August.

Channel 4 executive Kelly Webb Lamb has previously said the programme will look the same as it normally does.

Speaking during this year’s virtual Edinburgh Television Festival, she said the cast and crew had been living and filming “in a bubble” and adhering to stringent health and safety measures.

The 2019 series of Bake Off was won by David Atherton.

Tyler, the Creator is voting for the first time in the upcoming Presidential Election