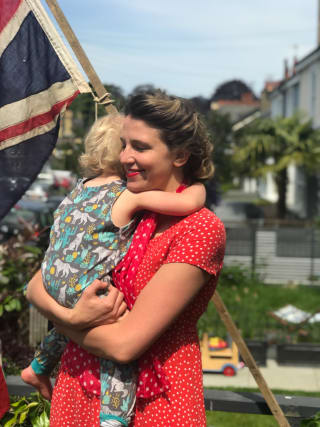 The Queen has said she was “inspired” by the results of a photographic lockdown project led by the Duchess of Cambridge.

Kate and a panel of judges selected 100 images from more than 31,000 entries for the Hold Still digital exhibition, which launched with the National Portrait Gallery in May.

People of all ages across the UK were invited to submit a photo which they had taken during lockdown, and in the six weeks that the project was open 31,598 images were submitted.

As the exhibition went live on Monday, the Queen said: “It was with great pleasure that I had the opportunity to look through a number of the portraits that made the final 100 images for the Hold Still photography project.

“The Duchess of Cambridge and I were inspired to see how the photographs have captured the resilience of the British people at such a challenging time, whether that is through celebrating frontline workers, recognising community spirit or showing the efforts of individuals supporting those in need.

“The Duchess of Cambridge and I send our best wishes and congratulations to all those who submitted a portrait to the project.”

Among the images shared with the Queen were The Look Of Lockdown by Carlotta Cutrupi, which evokes feelings of isolation, and Everyday Hero – Richard by Arnhel de Serra, which celebrates the work of a Royal Mail worker.

Hold Still focuses on three themes – helpers and heroes, your new normal and acts of kindness – with the final 100 tackling subjects including family life in lockdown, the work of healthcare staff and the Black Lives Matter movement.

One entry shows a woman during an anti-racism protest holding a banner which reads, “Be on the right side of history” while another sees Captain Sir Tom Moore give a thumbs up to the camera.

The Hold Still initiative aimed to capture and document “the spirit, the mood, the hopes, the fears and the feelings of the nation” as the UK dealt with the coronavirus outbreak.

Kate previously said she had been “so overwhelmed by the public’s response to Hold Still, the quality of the images has been extraordinary, and the poignancy and the stories behind the images have been equally as moving as well”.

The panel assessed the images on the emotions and experiences they convey, rather than on their photographic quality or technical expertise.

A selection of the photographs will be shown in towns and cities across the UK later in the year.

The digital exhibition can be viewed at npg.org.uk/holdstill