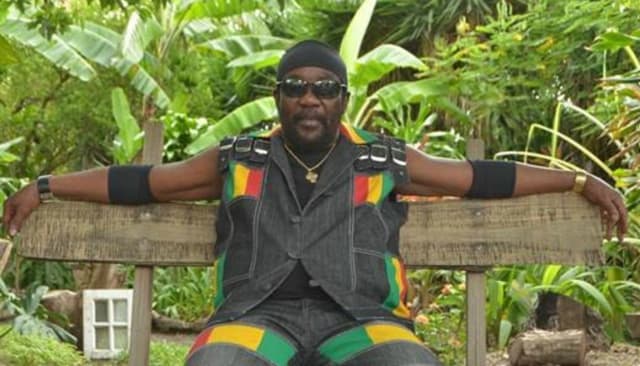 Frederick “Toots” Hibbert, frontman of reggae group Toots And The Maytals, has been hailed as a “true pioneer who changed lives” after his death aged 77.

The Jamaican singer “passed away peacefully” in the Caribbean island’s capital, Kingston, surrounded by his family, his representatives announced.

They did not confirm the cause of death but Hibbert had recently been tested for coronavirus and treated in intensive care.

Ziggy Marley, son of the late Bob Marley, was among those paying tribute.

He wrote on Twitter: “The Legendary Toots Hibbert has passed i spoke w/him a few wks ago told him how much i loved him we laughed & shared our mutual respect.

“He was a father figure to me his spirit is w/us his music fills us w/his energy i will never forget him RIP MIGHTY & POWERFUL NYAH FYAH BALL.”

Sir Lenny Henry added: “So sorry to hear of Toots Hibbert’s death. His music was a constant in our house growing up via Tighten up albums. His voice was powerful and adaptable to funk, soul, country, AND reggae. Rest in power…”

Reggae label Trojan Records, which released albums by Toots And The Maytals, paid tribute to the frontman.

A statement said: “We are so sad to hear of the passing of Toots. A true pioneer who changed lives and brought so much joy through his music. We have lost a true legend. Your music will live on forever Fredrick Nathaniel ‘Toots’ Hibbert.”

Glastonbury organiser Emily Eavis shared a video of the band performing a cover of Country Roads by John Denver at the Somerset festival in 2010.

She wrote on Twitter: “Thanks for the incredible music and all the memories Toots. Here’s one from 2010 on West Holts. Rest in peace.

Mercury Prize-nominated musician Ghostpoet said: “RIP Toots Hibbert. Another legend returns to the earth. What a impact he made in his time here. Bless you sir.”

Actor Vas Blackwood, who has appeared in The Lenny Henry Show and Casualty, also paid tribute, writing on Twitter: “Pleasure of breaking bread with TOOTS nuff times in Jamaica, such a Legend, Gentleman & mentor.

A statement from Hibbert’s representative on Saturday said: “It is with the heaviest of hearts to announce that Frederick Nathaniel ‘Toots’ Hibbert passed away peacefully tonight, surrounded by his family at the University Hospital of the West Indies in Kingston, Jamaica.

“The family and management would like to thank the medical teams and professionals for their care and diligence, and ask that you respect their privacy during their time of grief.

“Mr Hibbert is survived by his wife of 39 years, Miss D, and his seven of eight children.”

Hibbert’s management previously confirmed he had been admitted to intensive care with suspected Covid-19 and was awaiting the results of a test.

Toots And The Maytals’ hits include 54-46 (That’s My Number), Pressure Drop and Monkey Man, while their 1968 single Do The Reggay is credited with giving the reggae genre its name.

They released Got To Be Tough, their first album in a decade, last month.

British people turned to alcohol more than usual during lockdown