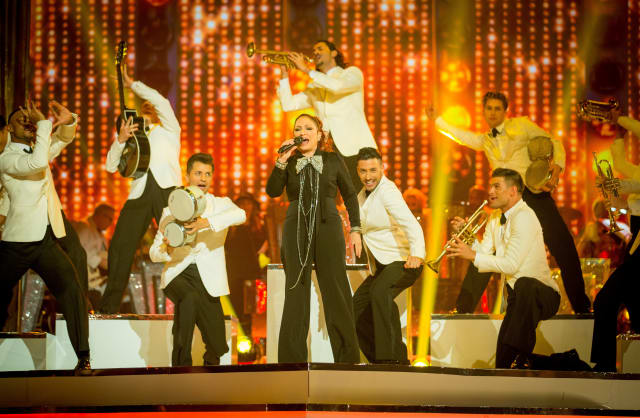 Strictly Come Dancing’s Blackpool special will not take place this year, the BBC has said.

Contestants usually head to the famous Tower Ballroom during the second half of the series.

However, the BBC confirmed the show instead would pay tribute to the venue from the studio in Elstree, Hertfordshire.

A BBC spokeswoman said: “Blackpool is a milestone moment in every series of Strictly that our audience, our celebs and professional dancers look forward to.

“Whilst we’ll be unable to physically go to Blackpool this series, we’ll still be celebrating this iconic venue and bringing it to life from our studio in Elstree.”

The BBC One programme has filmed at the venue since 2004, taking regular breaks.

However, since 2013 there has been a Blackpool special annually.

Adams will dance as part of the first same-sex couple for the show.

Bruno Tonioli will be absent from the Saturday night judging panel when the show returns.