Naomie Harris: Before lockdown my life was unbalanced as I focused on my career 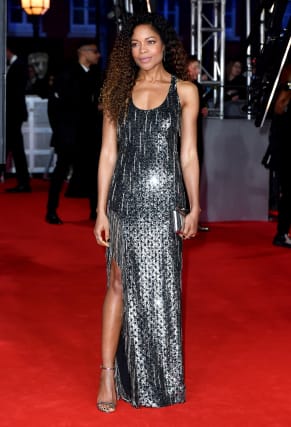 Naomie Harris has said she has realised her life was “unbalanced” before lockdown, as she focused on her career.

The actress, who is best known for playing Moneypenny in the Bond films, and was nominated for an Oscar for Moonlight, said she had neglected relationships as she worked so hard.

Speaking during an online event for Make Your Mark, the arts and health programme for Sussex Partnership NHS Foundation Trust, she said: “I think I was way too unbalanced in my life because it was so heavily focused on my career and I think I was working too much and not having enough down-time where there was room for other areas of my life.

“I think I neglected friendships and neglected spending time with my family as well, so I have now reprioritised and rebalanced things.

“At least it’s easy to say that now, because I’m effectively in lockdown, so let’s see what happens when the film industry opens up again.”

Harris said that she spent much quality time with her family during lockdown but has since found life quite challenging.

She said: “Lockdown for me was actually a really fine experience, because I live on the same street as my family, so we were able to be our own bubble and we had a great time, cook-offs once a week and baking, and it was like the whole world stopped.

“It felt like early retirement, and I had so many awarenesses, things that I realised that were fundamental about my life which I wouldn’t have realised if I hadn’t had the opportunity to stop.

“I realised I was working so hard that I wasn’t really having the chance to enjoy my life.

“It was a beautiful thing to be able to stop and have no responsibilities whatsoever, and just be with my family and just enjoy life.

“Post-lockdown I’ve found it incredibly hard because I expected life to get back to normal, and we have this new normal which I find really challenging.

“The masks and so on, I know they are meant to protect us, but they also seem like a way of isolating ourselves and not really being ale to connect with another human being, and not being able to go out and hug your friends, I’m a very tactile person and I’ve found that very hard.

“And professionally it’s been really tough. I was supposed to start a film in August and it got pushed to September and now they are hoping for November, but who knows?

“And so many of my friends are like that, and have found it very difficult.

“The film and TV industry have been hit incredibly hard. We have so many people on a film set, so it’s really difficult to make that a safe space for everyone.”

The actress also said she would love to reprise the role of Tia Dalma in the Pirates Of The Caribbean franchise, and said of all the characters she has ever played, she was her favourite..

She said: “I would so love to play her again.

“She’s a fantastical character so nobody could ever say ‘She would never do that’.

“I got to create her from scratch. She’s so playful and naughty and sexy and the best character to play.