Alex Scott: Strictly seemed like a dream that would never happen 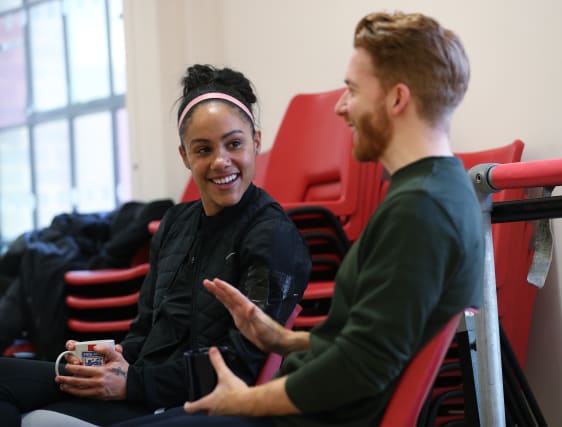 Alex Scott has said that prior to appearing on Strictly Come Dancing she thought it was an unachievable dream.

The 35-year-old footballer was part of the 2019 line-up and was partnered with professional dancer Neil Jones.

The pair left the BBC One series after going up against comedian Chris Ramsey and Karen Hauer in a dance-off.

She told the PA news agency: “The girls will tell you, from when I was playing for England, I always used to say I’d love to be on Strictly one day.

“But it just seemed like the dream that was never achievable, to be honest, from where women’s football was and to be on a national TV show like that, we just thought it would never happen.

“So I think when I did get asked to do it last year, it wasn’t just for me – I knew I had the responsibility for my team-mates, for women’s sport in general, to be having that platform and how I used that.

“I think everyone saw just how happy I was and just bubbly every single week to be a part of something that I always wanted and dreamt of being in.”

Former Arsenal defender Scott, who is part of Coca-Cola’s Make Your Home The Home End campaign ahead of the start of the new Premier League season this weekend, said the newly-announced line-up for 2020 is an exciting one.

Boxer Nicola Adams will also take to the dance floor as part of the show’s first same-sex pairing.

Scott said: “It’s that feeling like ‘That was us a year ago!’ I can’t believe that time has just gone like that and now it will be replaced by a new chapter, a new line-up.

“We’ve got Nicola Adams in there making history, you’ve got my friend Clara Amfo, who I’ll be rooting for, and the return of Jamie Laing, who was one of us last year but now he’s part of the new school!”

Reality TV star Laing was forced to pull out of last year’s series after injuring himself during the recording of the launch show.

Over the years, Scott has become a leading force for women in sport – she received an MBE for services to football in 2017 and in 2018 was a pundit for the World Cup.

She signed with Arsenal at the age of eight, remaining with the team for the majority of her career.

Scott, who was part of the Great Britain squad for the London 2012 Olympics, retired from international football in 2017 with 140 caps.

– Alex Scott is a Coca-Cola ambassador and stars in the new Make Your Home The Home End campaign, giving fans the chance to win their Premier League new season shirt on special packs of Coca-Cola.

Khloé Kardashian reveals she had coronavirus

'I never heard from him'