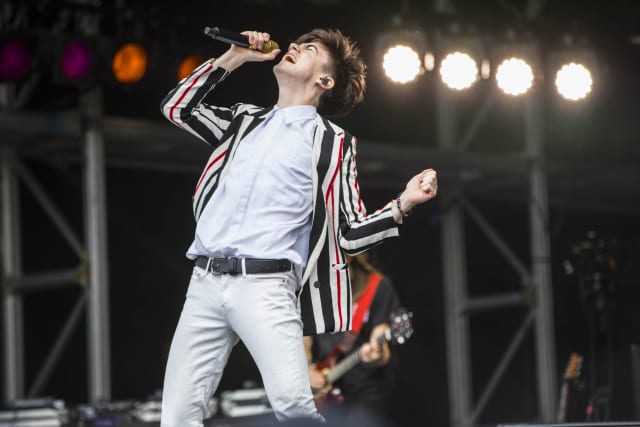 Singer-songwriter Declan McKenna has said themes of disconnect and isolation on his album Zeros resonate more now because of lockdown.

The 21-year-old from Hertfordshire explores climate change and capitalism on the follow-up to his 2017 debut What Do You Think About The Car?

McKenna, who was crowned BBC Music Introducing artist of the year in 2017, finished recording Zeros in 2019 but it only saw release earlier this month.

Addressing whether the album’s meaning had changed in the time since, McKenna told the PA new agency: “I think the album applies to the sense of isolation, escape, destruction and people’s disconnect from each other.

“All those themes that are on the record exist and resonate more now.

“I was voicing concerns about the future and I think our future as a society has come into question quite directly in the last few months.

“All that ties in, but people will tie the record in in many different ways.

“Ultimately, it’s a story about people and our pitfalls and the way that we destroy ourselves and each other a lot of the time.

“People will connect it to now but I finished it last year.

“It’s been waiting there a long time before corona was a genuine threat.”

Zeros is currently in a close race for number one against the Rolling Stones’ reissue of their 1973 album Goats Head Soup.

The album sees McKenna tackle online radicalisation on the track Twice Your Size and the effects of climate change on Sagittarius A*.

Explaining his motivation for writing about topical subjects, he said: “Life is constantly political. It’s constantly reminding you that it’s political.

“Everything you observe in day-to-day life a lot of the time comes back to politics.

“It’s hard to observe the world and watch things unfold and watch a time like now and not think about how things could be different for people.

“You think about how we could do better to serve humans and to live happier and more constructive lives – to live less destructively as well.

“That’s something that has always been in my head when I am making music, ‘How could things be better?’

“Often that is what I’m looking at with the songs.”

Zeros is out now via Columbia Records.