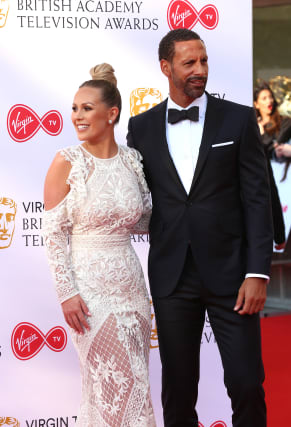 Rio and Kate Ferdinand are expecting a baby boy.

The former footballer, 41, and the ex-The Only Way Is Essex star, 29, announced in June that they are having a baby.

Rio already has three children from his previous marriage – sons Tate and Lorenz, and daughter Tia.

Kate wrote on Instagram: “It’s a boy. Me and Tia are outnumbered.”

The couple have been in a relationship since 2017.

Rio Ferdinand’s wife Rebecca died in 2015, aged 34, after she was diagnosed with breast cancer for a second time.

The football star’s 2017 documentary Rio Ferdinand: Being Mum And Dad, saw him caring for his young family in the aftermath of losing his wife.

Another documentary, Rio And Kate: Becoming A Stepfamily explored the challenges Kate dealt with in being both a partner to Rio and a new stepmother to three grieving children.