Channel 4 serves up return date for Great British Bake Off 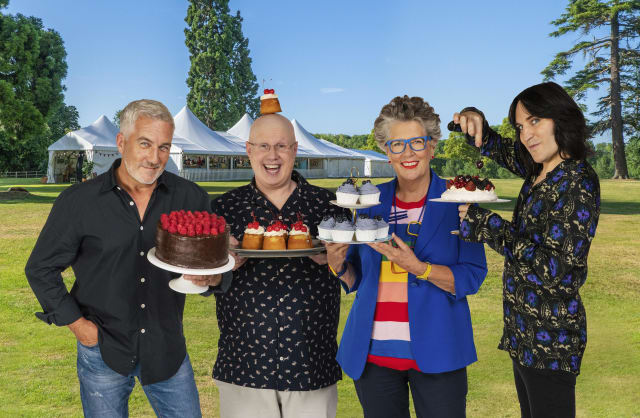 Dust off the cake tins as the return date for The Great British Bake Off has been confirmed.

The popular Channel 4 baking series will be back on air on September 22 at 8pm.

A message alongside a photograph on the official Bake Off Instagram account said: “Put a little love in your tart. Join us on Tuesday 22nd September for the return of The Great British Bake Off!”.

A new photo of Lucas for the series shows him balancing a cupcake on his head, as he stands alongside judges Prue Leith and Paul Hollywood, and Fielding.

A first-look trailer released at the beginning of the month referred to earlier days in lockdown when a key baking ingredient – flour – was a sought-after commodity.

The 40-second video teaser showed a young boy carrying precious cargo in his backpack as he cycled through streets, past people trying to procure some flour.

The boy eventually arrives at his destination – his grandmother’s house – and presents her with a bag of flour.

Production of the 11th series was initially delayed because of the coronavirus pandemic, but filming on the popular show finished near the end of August, an Instagram post said.

Channel 4 executive Kelly Webb-Lamb, deputy director of programmes and head of popular factual, reassured viewers that the series will look the same as always when it returns to screens.

Speaking during this year’s virtual Edinburgh Television Festival, she said the cast and crew had been living and filming “in a bubble” and adhering to stringent health and safety measures.

“We have worked hard with them to put testing and quarantine regimes in place beforehand for all talent, all cast, all crew, so that when we go into the bubble we know everyone there is negative,” she said.

“And that comes down to… The car you’re driving to set also has to be quarantined, nobody can have been in it for the time of quarantine, and then everything that comes on to set has to be properly disinfected to protect everybody on set and the production.

“That then means that set is Covid-secure and that enables a little bit more flexibility so in the tent what you will see looks like normal Bake Off because it it is normal Bake Off and we’ve been able to do that.

“That does mean the talent and cast and crew lived in that bubble for the duration of production which is obviously different to how we would normally make Bake Off.

“I think that on screen it will feel like Bake Off, in the way they were living it was different, but it was an incredible feat from Love (Productions, who make Bake Off) to pull that off.”

– The Great British Bake Off, which will be sponsored by supermarket Aldi this year, returns on Channel 4 on September 22 at 8pm

Lockdown in numbers as the UK reaches the six-month mark

Help me Dog-Bi Wan Kenobi, you're my only hope!

Watch out for the ball!

Water Skiing from the pool into sea