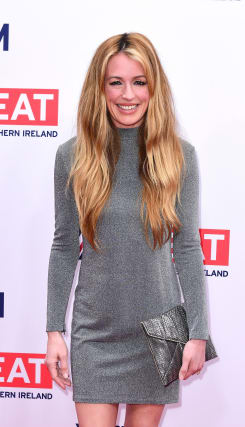 Cat Deeley has said filming an SM:TV Live reunion programme with Ant and Dec was emotional.

The trio have made a documentary which will air at the end of the year.

Deeley told Radio X host Chris Moyles: “We went back to the studio where we did it. They rebuilt the set.

“We all cried. I walked in and they were doing their interview (for the documentary) and Dec was crying and I was like, ‘OK you’re crying!’ and then at the end of my interview I was like ‘waaah.’

“We all have a bit of a cry. We take the mickey out of each other. It’s very, very, very cute.

“I got a text message from Ant yesterday saying he’s seen the first cut and they cried watching it too.

“So hopefully there wasn’t too much of the first show in it otherwise he would be crying at how appallingly bad we were. We were rubbish.”

Speaking about Saturday morning children’s TV, she told Heart Breakfast with Jamie Theakston and Amanda Holden in another interview: “You can’t get away with that kind of stuff anymore.

“We were texting yesterday with Ant, and we used to do a sketch called ‘Fart Attack’ that was based on (Art Attack’s) Neil Buchanan.

“Ant played him, and I was like ‘did you know by the way that Neil Buchanan was supposed to be Banksy?’

Buchanan has denied he is the mystery artist.

The Moon Is Host to Both Water and Ice, New Research Confirms

Brian May feared he would die during heart scare