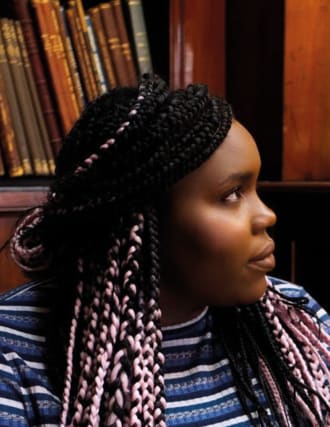 A student from south London who signed a seven-figure book deal hopes her debut novel will show black children they deserve a “happy ending”.

Faridah Abike-Iyimide’s debut effort, a young adult novel titled Ace Of Spades, will be published in the UK through Usborne Publishing in June 2021, with a second untitled novel to follow.

Described as Gossip Girl meets Get Out, the story takes place at an elite private school where a mysterious source begins spreading rumours about two black students.

Abike-Iyimide, who grew up in Croydon and has Nigerian heritage, told the PA news agency: “I really want to emphasise just how much I would love black kids to see they deserve a happy ending.

“With all the protests happening and black people being institutionally harmed and all these systems working against them constantly, it can be so easy for them to feel they don’t have a place or any bright future.

“I want them to know that the book was written so they can see there is light at the end of the tunnel.”

Abike-Iyimide said she had received “multiple offers” but accepted Macmillan’s in the US because the publisher had a Nigerian editor who understood both her characters and story.

In the UK she chose Usborne Publishing after being approached by editor Becky Walker, who Abike-Iyimide said “understood exactly what I was trying to do with the book”.

Throughout the process, the young writer remained wary of publishers who would make major changes to the book’s message.

She said: “It was always at the forefront of my mind because I have seen other authors who have struggled even when they have had a lot of money given to them by their publisher, especially authors of colour.

“I wanted to make sure that above any amount of money that I had the best team.

“I chose my team based on who I thought really understood the book and were going to make sure that black teens got to see themselves represented in the way that I had intended them to be.”

Abike-Iyimide, who is currently studying English and Chinese in Aberdeen, said her experience at university had also shaped the novel.

“My upbringing was working class so I was very used to that environment,” she said.

“Then I went to Scotland for university where it was very white and for the first time I felt I was struggling to find people I could relate to, both on an economic level and just background-wise.

“I could go days without seeing another person of colour, which is not something I was used to.

“That definitely influenced my writing because my book is about two black kids in a school that is overwhelmingly white.

Recalling the moment she was told the size of her publishing deal, Abike-Iyimide said: “I started panicking because I come from a very working class background and I have never had even close to that amount of money.

“My first reaction was panic but my agent told me that it’s a measure of the publisher’s investment and how much they love the book.”

She cited Patrick Ness, Malorie Blackman and Jason Reynolds as among her favourite authors.