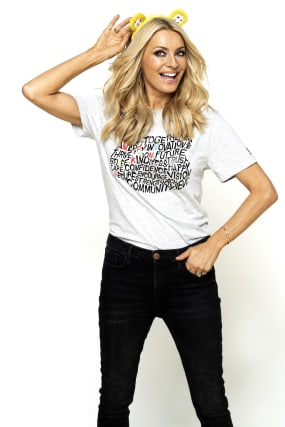 Tess Daly is standing down as the presenter of Children In Need after 11 years, she has announced.

The TV star and Strictly Come Dancing presenter said in a long statement on Instagram that it was time to “pass the presenting baton over”.

Alongside a selection of photographs of herself from the event over the years, she wrote: “For the past 11 years I’ve had the great privilege of presenting Children In Need alongside brilliant presenters and an amazing team.

“Pudsey and what he represents will always hold a special place in my heart but it’s time to pass the presenting baton over as the show reaches it’s amazing 40-year milestone.

“That’s four decades of the British public donating and heroically fundraising over £1bn towards changing children’s lives for the better.

“But Children In Need isn’t just an annual event, it works tirelessly all year round and I’m excited that I will continue to work alongside some of the vitally important projects that this extraordinary charity supports, seeing first-hand what a profound affect these unprecedented times have had, and to find out what more we can do to help”.

She ended her post with two yellow heart emojis on either side of a bear emoji.