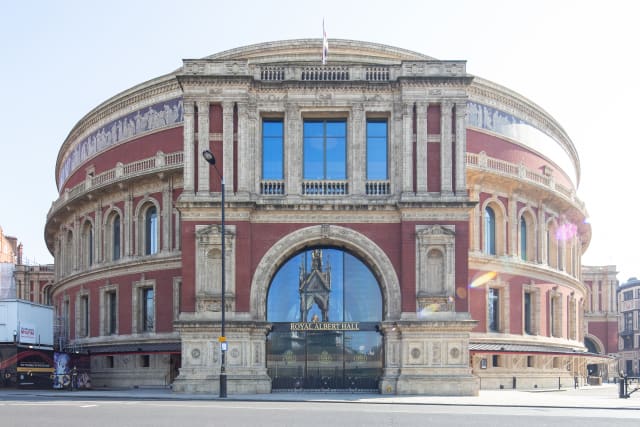 The Royal Albert Hall has called for donations totalling £20 million to help it weather the impact of Covid-19.

The Kensington venue has forgone £18 million in income, refunded more than £6.5 million in ticket sales and exhausted its reserves in the six months since closing its doors in March.

The RAH was not eligible for an emergency grant from the Government’s £1.57 billion arts rescue package, and has been advised to apply for a loan which, if successful, will arrive in December.

Its plea comes as the hall’s senior team give evidence to the Digital, Culture, Media and Sport Committee on the viability of venues to open while adhering to social distancing rules.

Craig Hassall, chief executive of the RAH, said despite the venue being held up as a “crown jewel” by the Government, it remained in an “extremely perilous position”.

He said: “Six months on from enforced closure, and circa £18 million down in lost income, we are not eligible for any of the Government’s emergency grants.

“This leaves us in an extremely perilous position, with no way of replacing our lost income, apart from a Government loan which may or may not materialise.

“We raised concerns months ago about the potential for independent, unfunded organisations such as the Royal Albert Hall to miss out on Government support, and especially having been held up by Government as a ‘crown jewel’ that must be saved.

“With millions of pounds of essential building work called to a halt owing to Covid we had hoped to be eligible for a capital grant but have been informed that, as we are not a portfolio of nationally spread sites, we are not eligible for this scheme.

“We are fortunate to have supportive members and private donors who have given generously, but unfortunately, the Rescue Package fanfare has given many potential donors the false sense that we are being sufficiently supported elsewhere.

“The Royal Albert Hall now faces a bleak future unless it can secure not only a repayable Government loan, but also urgent donations to plug our current £20 million shortfall.”

His plea comes as the venue approaches its 150th anniversary in 2021.

Musicians are currently performing live at the RAH – but without an audience due to coronavirus restrictions – across the final two weeks of the BBC Proms.

Cardi B split from Offset ‘before he cheated again'