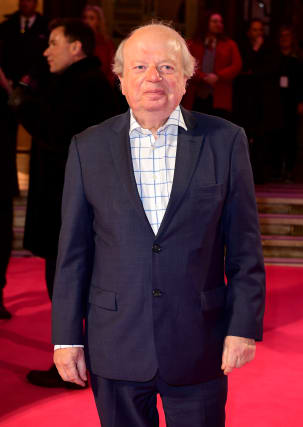 Ex-BBC correspondent John Sergeant has said non-payment of the licence fee should be decriminalised.

He said the current annual £157.50 licence fee should be frozen and the BBC should be “forced” to earn more by other means.

His comments come as the Government is set to announce its response to a consultation on decriminalising licence fee evasion.

The BBC has warned that switching to a civil system would cost the broadcaster more than £200 million a year.

Sergeant wrote in Radio Times magazine: “Despite the likely loss in revenue, the BBC should also accept that failing to pay the licence fee is no longer a criminal offence.”

A consultation has evaluated whether criminal sanctions for the non-payment of the licence fee should be replaced by an alternative enforcement scheme.

The BBC has said the current system to tackle TV licence evasion “is effective in ensuring payment with very few people ever going to prison”.

Sergeant said alternative funding models for the BBC should also be considered.

“The system itself has to change – the licence fee, as presently constituted, now commands insufficient public support,” he said.

“All reasonable alternatives should be considered. Personally, I would be in favour of freezing the present arrangements and forcing the BBC to earn more by other means.”

He urged the broadcaster not to reverse its decision to means-test the TV licence for over-75s, saying it “would be far too damaging”.

He praised new director-general Tim Davie, with the U-turn on the Last Night Of The Proms coming under his watch.

The BBC has “enormous strengths,” he said, adding: “It is the most trusted news source in the country. It has no political axe to grind.”

The former chief political correspondent said he was “fearful of stepping out of line” during his time with the broadcaster, which later revived his career with his appearance on Strictly Come Dancing.

He recalled a news editor telling a reporter asking for a pay rise: “It’s much colder outside.”

On the BBC’s new policies on presenters’ use of social media, he said: “You don’t need to parade these policies in front of the public as a form of virtue signalling – just instruct those involved. And if they don’t like it, tell them: ‘It’s much colder outside’.”

Paul Mescal on finding fame in the middle of the pandemic