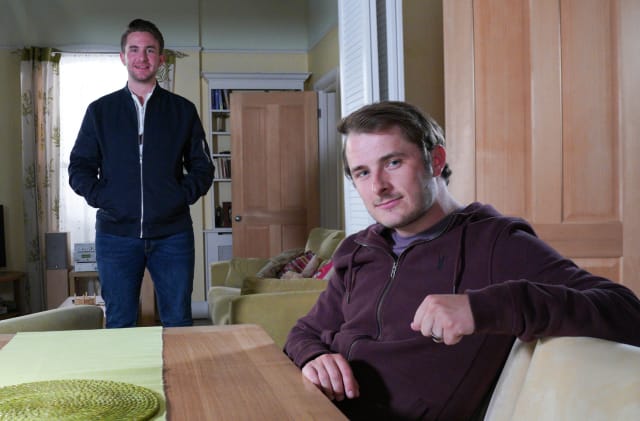 Fans shared their delight after EastEnders returned to screens after nearly three months away.

The BBC soap was forced to take a break due to the coronavirus pandemic, but filming resumed on Albert Square in June.

The new episodes have been filmed with cast and crew adhering to social distancing guidelines, with the use of screens, body doubles and CGI to film intimate moments.

EastEnders made its return on Monday, with viewers watching as police officer Callum Highway (Tony Clay) was left with a tough decision over boyfriend Ben Mitchell (Max Bowden).

Clay said he was “buzzing to be back” while fans also shared their joy at the show’s return.

One tweeted: “@bbceastenders was so good!! Filming techniques were fantastic! It was so great to have all my favourite characters back on the screen with updates on their lives slipped in.

“What an ending too!! Can’t wait for tomorrow! I’ve missed you.”

Another referenced EastEnders’ famous “duff duff” drum beats that signify the end of an episode, writing: “Great first duff duff to the first episode of Series 2 of #EastEnders…! So glad it’s back and as gripping as ever!”

One fan praised the BBC soap’s use of socially distance filming.

They said: “Eastenders needs to take a well deserved bow over how they’ve handled social distancing filming. It looked so good.”

And another added: “It’s so great having @bbceastenders back! Everything feels fresh, new and exciting again, and the social distancing filming/editing techniques are brilliant! And I’m loving Copper Callum!

“Well done to all the cast and crew.”  And another wrote: “Strong comeback @bbceastenders.”

EastEnders has promised a harrowing storyline to mark its comeback.

Viewers will see the mental and physical abuse suffered by Chantelle (Jessica Plummer) at the hands of her husband Gray (Toby Alexander-Smith) has worsened throughout lockdown, with ultimately fatal consequences.

EastEnders has worked closely with Women’s Aid and Refuge on the storyline, and the soap said the prevalence of domestic abuse in society meant it was important to represent the issue as accurately as possible.

EastEnders airs four nights a week on BBC One.