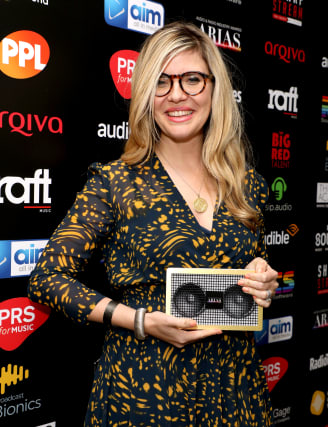 Emma Barnett has been announced as the new host of Woman’s Hour – joining the “radio mothership” next year.

The news came after Jane Garvey and Dame Jenni Murray both decided to quit the BBC Radio 4 show.

Barnett, who has made waves with her eponymous BBC Radio 5 Live show, will be the long-running programme’s main presenter.

She will host from Monday to Thursday and a second presenter will be announced for the Friday and Saturday instalments.

Barnett, who starts in January, said: “I can’t wait to get to know the many listeners of Woman’s Hour a lot, lot better.

“What adventures we are going to have together – all starting in the year that this BBC institution, the radio mothership, turns 75.”

Barnett, who also hosts Newsnight, said: “I have a long love of Woman’s Hour and live radio and know that this is a very special and rare opportunity.”

Barnett co-presented Woman’s Hour during the 2017 and 2019 general elections.

Radio 4 controller Mohit Bakaya said: “I am delighted that Emma is joining Woman’s Hour. She started her BBC broadcasting career on Radio 4 and has continued to be closely involved with the network in general, and Woman’s Hour in particular, ever since.

“She brings a terrific combination of intellectual inquiry, robust journalism and curiosity about the human condition.

“I can’t think of anyone better to carry on the important job of identifying and exploring the issues that matter most to women.”

Barnett will present her 5 Live show until the end of the year but will continue in her role at Newsnight after she joins Woman’s Hour.

Garvey, who continues to present Woman’s Hour until the end of the year, welcomed Barnett’s appointment, writing on Twitter that  “the mighty Woman’s Hour marches on”.

From October to December, other presenters will guest host in place of Dame Jenni, who has been on the radio programme for 33 years.