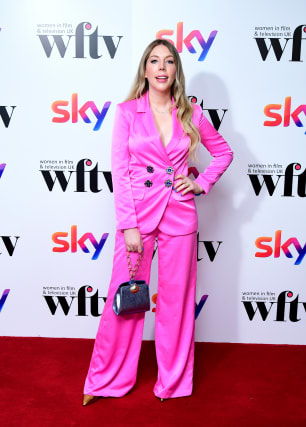 Ryan found herself at the centre of controversy earlier this year at the NME Awards when rapper Slowthai was accused of acting inappropriately with the Canadian comic on stage.

He later apologised following a backlash on social media.

Ryan said she is wary of so-called cancel culture, telling the Radio Times: “I am definitely anti cancel culture and I think it can be very damaging and totally lacking of context and nuance. Sometimes it’s appropriate for someone to lose their career, of course.

“Cancel Harvey Weinstein – love it, great, not a moment too soon. But this holier-than-thou, very judgmental search for exposing or cancelling someone doesn’t offer progress, there’s no room for conversation or evolution there.

“And, of course, we do stand-up differently than the way we did 20 years ago because we’re evolving and learning and that’s part of life.”

“Cancel culture” is a hot topic in the comedy world, with fears it could stifle creativity.

Ex-Monty Python star John Cleese said there is no such thing as a “woke joke”, adding: “I don’t think we should organise a society around the sensibilities of the most easily upset people because then you have a very neurotic society.”

Nick Cave, the revered singer-songwriter, has also spoken out on the issue, describing  “cancel culture” as “bad religion run amuck”.

Read the full interview with Katherine Ryan in the Radio Times.

'I never heard from him'