Vinnie Jones: It’s overwhelming to feel so much love after wife’s death 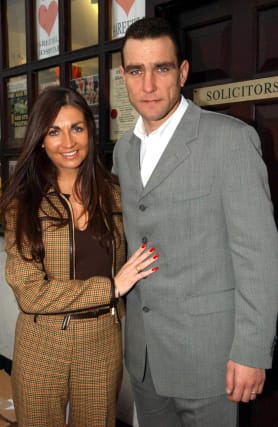 Vinnie Jones has shared photos of the last card sent to him by his late wife Tanya as he thanked fans for their support following her death.

The ex-footballer has spoken openly about his grief in the year since Tanya died aged 53 at their home in California, after a six-year battle with cancer.

He chronicles their story in his new book Lost Without You, and on Saturday night he told Piers Morgan’s Life Stories programme that he will never remarry.

“I would just like to thank everybody for their really kind messages and support towards myself and especially Tansy.

“It is overwhelming to feel so much love from this great country of people. Thank you, Vinnie.”

The accompanying photos show a card reading: “Always believe something wonderful is about to happen.”

Inside Tanya had written: “To my love Vin,  Something wonderful happens to me every day…Being with you! You are my morning sunshine the moment I wake.

The couple, who both grew up in Watford, met when he was 12, dating briefly when they were teenagers before going their separate ways.

When he signed for Chelsea and returned to live in Watford, he found her living next-door-but-one.

The couple were together for 27 years and married for 25.