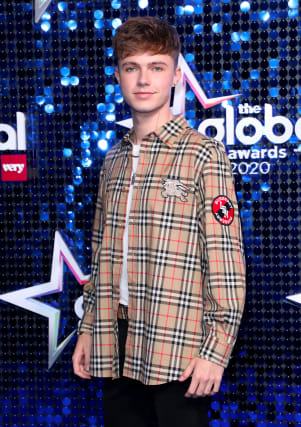 Singer and YouTube star HRVY has joined Strictly Come Dancing – saying he is nervous about wearing the tight outfits.

"I'm proper nervous but I'm buzzing. I don't think it's the dancing – it's the tight shirts and the tight trousers," he told Kiss Breakfast with Jordan & Perri.

He said: "I've grown up watching it. I can't wait for the challenge.

"I really want to win... If I go out on the first week I'll have to change my name and leave the country!"

The star added in a statement: "Being on Strictly is going to be such an amazing experience and I'm so thankful to be taking part this year.

"I think my mum is more excited that she'll be able to see me every Saturday night now."

The former presenter of CBBC's Friday Download, HRVY was born in Kent and first rose to fame after uploading his music videos to Facebook.

He has more than a billion combined streams to his name and a social media following of more than 10 million globally. He signed to Virgin EMI in 2017 and his debut album is out this year.

HRVY performed at BBC Radio 1's Big Weekend in 2019, and has shared the stage with Jonas Blue at Capital FM's Summertime Ball and Jingle Bell Ball.

Adams will compete on Strictly as part of its first same-sex couple when the show returns in the autumn.