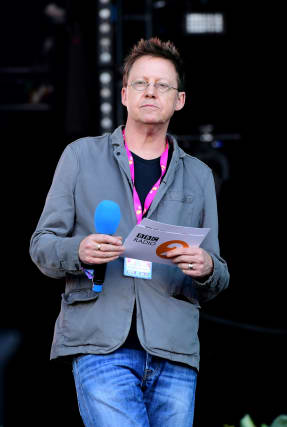 The 61-year-old radio DJ and critic will present the 24th edition of the annual ceremony, which is being held online due to coronavirus restrictions.

Mayo was a staple of BBC Radio 2 for nearly two decades before his departure in 2018.

He has since worked on Scala Radio and Greatest Hits Radio and continues his long-running BBC 5Live show, Kermode And Mayo’s Film Review, with Mark Kermode.

Mayo said: “As voted for entirely by fans, The TV Choice Awards are a chance for us as viewers to celebrate the shows that have made the biggest impact in the last year.

“Join me in marking the achievements of our favourite TV stars as we settle in for a night of big reveals, speeches and maybe even a surprise or two.”

TV Choice editor-in-chief Jon Peake said: “In an unusual year which has seen just about every event cancelled, there was no way we were going to let anything stand in our way to bring the TV Choice Awards to our readers, the stars and television industry friends.

“So, here they are, different but still brilliant. The saying ‘The show must go on’ has never been more apt.

“I hope that everyone enjoys experiencing the show in their own homes for the first time.”

In the best comedy category, last year’s winner Ricky Gervais returns with After Life, up against Brassic, Friday Night Dinner and Still Open All Hours.

ITV achieves a clean sweep in the best daytime category, with Good Morning Britain, Loose Women, This Morning and The Chase all getting nods.

The TV Choice Awards will be shown from 7pm on Monday September 7 and can be watched online or listen to via Greatest Hits Radio.

The Moon Is Host to Both Water and Ice, New Research Confirms

Brian May feared he would die during heart scare