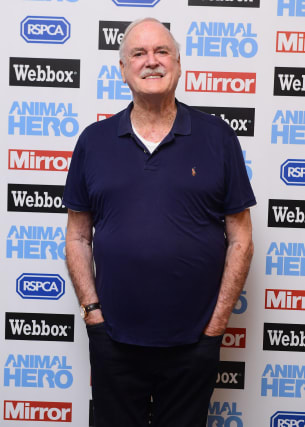 Monty Python would not be commissioned for TV if it was produced today, John Cleese has claimed.

Speaking on The One Show, the 80-year-old actor and comedian said TV executives did not know what they were doing.

He said they needed to hand over creative control to artists instead of making decisions based on what “marketing people” said viewers wanted.

Asked whether the work of Monty Python would be commissioned today, Cleese replied: “No, I don’t think it would.

“The problem with television and television executives has always been that they think they know what they are doing.”

He added: “They don’t know what they are doing and they won’t trust people, so they try to control the shows despite the fact they can’t actually write… or act themselves.

“The key thing is to choose people you think are really good – get Eddie Izzard or Steve Coogan – and say to them: ‘What would you like to do?’

“Not come up with some executive idea that you think might actually be what the marketing people say people want.

“It’s got to come out of a real sense of confidence and saying to good performers and good writers: ‘What would you like to do? What would make you feel good’.

“Then you will get something. Otherwise it will be like everything else.”

Asked by co-host Amol Rajan whether he kept an archive of unused ideas, Cleese outlined one for a “light comedy about cannibalism called Yummy”.

He said: “Well yes, there are a lot of ideas around. The problem is getting the time to do them.

“The problem is a nice space where you can sit down and start thinking.

“The one I love at the moment, quite seriously, is the cannibal film.”