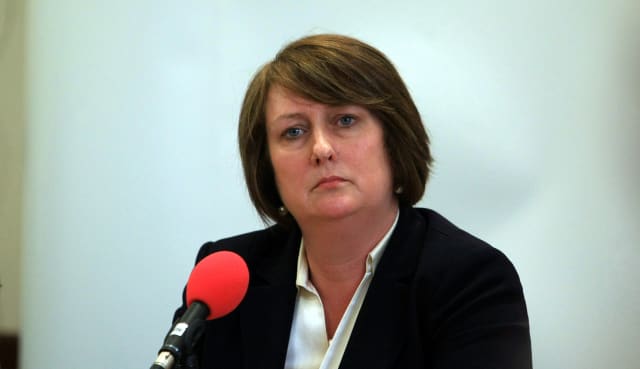 Former home secretary Jacqui Smith said she has been doing extra yoga and running during lockdown so there is not too much “body shock” when she takes part in Strictly Come Dancing.

It was announced she will take part on Steve Wright’s show on BBC Radio 2 and she told the DJ: “I’m a little bit nervous but I am going to really try hard.”

Comparing dancing to speaking in the House of Commons, she said: “I was sort of used to  it. Apart from obviously being the first on the dance floor at family weddings and discos, I have not done an awful lot of dancing.”

However, Smith said she was looking forward to some of the more glamorous aspects of the show, saying: “Who doesn’t want a bit of fake tan that isn’t all streaky like when you put it on yourself.”

She added: “I’ve been doing some extra running and yoga during lockdown to try to make sure it isn’t too much of a body shock.”

Asked if she will be asking former Labour colleague and Strictly star Ed Balls for tips, she said: “Ed was brilliant. Talk about throw yourself into it. That Gangnam Style was legendary.. in the political world that is something to behold.”

The former politician was the UK’s first female home secretary in 2007 but stepped down from the role after it emerged that adult films watched by her husband had been charged to the taxpayer.

Smith returned to the backbenches but lost her seat in the 2010 election.

Smith is now chairwoman of University Hospitals Birmingham NHS Foundation Trust and a Children’s Trust in Sandwell, and has a podcast, For The Many, with broadcaster Iain Dale.

Singer and YouTube star HRVY was also announced on Friday and said he is anxious about wearing the tight outfits on the BBC One show.

The singer said: “I think my mum is more excited that she’ll be able to see me every Saturday night now.”

Adams will compete on Strictly as part of its first same-sex couple for the show.

Flamboyant judge Bruno Tonioli will be absent from the Saturday night judging panel when the show returns.