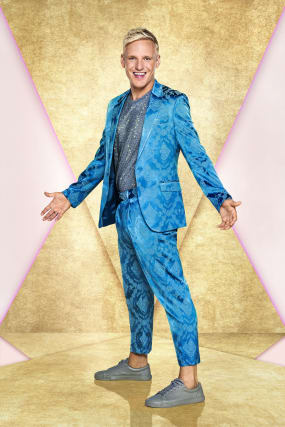 Jamie Laing said he is “over the moon” to be been given a second chance on Strictly Come Dancing after being the ninth star announced for the 2020 line-up.

The Made In Chelsea star was due to take part in the show last year but tore a ligament before the series even started and had to pull out.

He had been partnered with professional Oti Mabuse, who went on to win the competition with Laing’s replacement, Emmerdale actor Kelvin Fletcher.

Laing told ITV’s This Morning: “I’m back, I’m really excited, I’m over the moon that I actually get to come back and and dance again. I couldn’t be more excited and it’s just going to be unbelievably amazing.”

Asked how the show will be different this year because of Covid-19 guidelines, he said: “I don’t know that much, I just got told I was doing Strictly. I was so over-excited I didn’t listen to anything else, I just went ‘Oh my god, I’m doing Strictly, this is so great.’

“So I know there will be some rules in place but I don’t really know what’s going to happen, but I know it’s going to be bigger and better than ever and I think it’s what everyone really wants, especially with what’s happened, Everyone can sit back and relax and watch us all dance.”

Laing added that he was delighted to finally make his mother and grandmother proud, saying: “I’ve disappointed them the whole of my life. I made them proud last year and then I disappointed them again because I had to drop out, and then I think I’ve made them proud again so Mum, Granny, I’m doing Strictly. They don’t know again, which is hilarious.”

EastEnders actress Maisie Smith, who plays Tiffany Butcher-Baker in the soap, was also unveiled on the daytime show as the 10th contestant in the dancing competition.

TV presenter Lorraine Kelly had inadvertently let slip that Smith would be taking part in the BBC flagship show when she revealed the news ahead of time while speaking to EastEnders star James Bye (Martin Fowler) on her programme Lorraine.

Smith said she has no technical dance ability but has been staying fit throughout lockdown by making TikTok videos.

She told This Morning: “I did set out to stay fit throughout lockdown and it didn’t pan out very well, but once I downloaded TikTok and me and my mum were getting involved after every video we were in bits, we were sweating and that was good training for Strictly.”

The actress won the Children In Need Cha Cha in 2019 with professional dancer Kevin Clifton, but said: “That was an absolute fluke, I’m not going to lie.

“I’ve got dancing experience, I’ve done a bit of hop hop and street dance, but I have no technical ability at all so I feel I was very lucky on that week but who knows, I could be the dark horse.”

Adams will compete on Strictly as part of the show’s first same-sex couple when the show returns in the autumn.