Channel 4 promises ‘normal’ Great British Bake Off when it returns 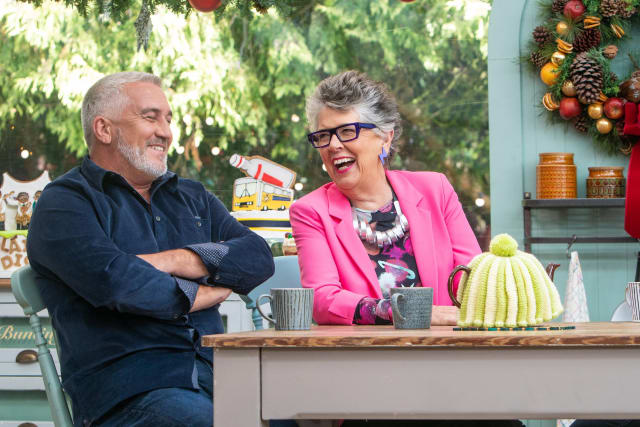 The Great British Bake Off will look as it always does when it returns to screens due to the cast and crew living and filming “in a bubble”, a Channel 4 executive has said.

Production of the 11th series was initially delayed because of the coronavirus pandemic, but filming on the popular show finished last week.

Kelly Webb-Lamb, deputy director of programmes and head of popular factual for Channel 4, explained during a controller session at Edinburgh’s Television Festival that the “enormous” feat of getting the show back on air was due to stringent health and safety measures.

She said: “The feat of getting Bake Off back was enormous and enormously important.

Webb-Lamb, who was talking alongside Channel 4 director of programmes Ian Katz, told the virtual festival about the measures that had been put in place including testing and quarantine regimes.

She explained: “We have worked hard with them to put testing and quarantine regimes in place beforehand for all talent, all cast, all crew, so that when we go into the bubble we know everyone there is negative.

“And that comes down to…

“The car you’re driving to set also has to be quarantined, nobody can have been in it for the time of quarantine and then everything that comes on to set has to be properly disinfected to protect everybody on set and the production.

“That then means that set is Covid-secure and that enables a little bit more flexibility so in the tent what you will see looks like normal Bake Off because it it is normal Bake Off and we’ve been able to do that.

“That does mean the talent and cast and crew lived in that bubble for the duration of production which is obviously different to how we would normally make Bake Off.

“I think that on screen it will feel like Bake Off, in the way they were living it was different but it was an incredible feat from Love (Productions, which makes it) to pull that off.

“This is really important not just for the audience but for the industry and for freelancers.”

Mr Katz said that the broadcaster is going into autumn with a “really strong schedule, all things considered”, and added: “The schedule looks great and really hearteningly, advertising revenues have bounced back better than we could have hoped for…”.

He said that the coronavirus pandemic had made them more reactive as a commissioning team.

He said: “We learned how to make some telly cheaper, we learned there are some compromises you can make and some telly you can’t make cheaper because they come out a bit crap.”

Discussing bringing back the Comedy Awards to the channel he said it “feels like a safe bet that life will be bleaker and tougher.

“I want the channel to be a place people can get some respite, I want it to be a place of joy in a joyless age, but the Comedy Awards is one of the pieces we have brought in.

“We are adding to the entertainment slate, the real Q is what joy and fun and escapism look like across the genres, we are looking for joy and escapism across the range.”