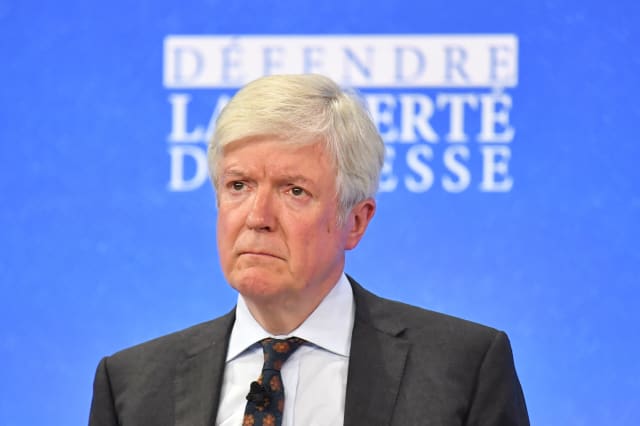 The BBC’s outgoing director-general Lord Tony Hall will champion public service broadcasting on day one of the Edinburgh TV Festival, which is taking place online for the first time.

He will address delegates on Monday on issues including diversity, the role of news in countering misinformation and how to stay relevant while competing with streaming services such as Netflix.

“Public service values have never been more needed,” he is due to say, adding: “The public service broadcasting ecology we have in this country is unique. And it works.”

Lord Hall will highlight the many conspiracy theories that have emerged during the Covid-19 pandemic, and say the BBC’s “responsibility as the UK’s most trusted news provider has never been clearer and more important”.

He will speak about the BBC’s transition to digital, saying: “This is a really important moment: history is littered – not just in media, but across many sectors – with companies and organisations that failed to adapt to the digital world. Many great names have fallen. The BBC isn’t one of them.

“We have made the pivot to a new world. And the BBC is in a great position to continue to thrive in the future. And all this means that, far from losing touch with young audiences, we’ve really boosted our performance – reaching as many as 8 out of 10 young people. We’re all set to compete with the very best in the global digital age.”

And he will talk about what the BBC can do for Britain at home and abroad, saying: “No-one can do more to carry Britain’s voice and values to the world.

“This could hardly be more important as Britain sets out to forge a new relationship with the world, based on an ambitious vision of ‘Global Britain’. Success will mean drawing on all our considerable international assets. And that means unleashing the full global potential of the BBC.”

This year’s digital festival will feature four days of discussion about the UK TV industry.

It will conclude with an appearance from Game Of Thrones star Emilia Clarke, who will take part in a conversation with filmmaker Paul Feig, who directed her in 2019 rom-com Last Christmas.

Wednesday will include a Normal People masterclass featuring the stars Daisy Edgar-Jones and Paul Mescal in conversation with director Lenny Abrahamson.

Thursday will feature Kay Burley and Cathy Newman in conversation during a session called Pandemic Politics, and a segment exploring the story of drill and urban music on YouTube.

In one of the final sessions, actress and activist Jameela Jamil will deliver the Alternative MacTaggart lecture and discuss her experience of the television industry and online trolling.

This year’s Edinburgh TV Festival will take place from August 24 to 27 in a digital format.

More details can be found at thetvfestival.com.

Paris Hilton's petition to shut down school is a big hit

Donald Glover is a dad of three