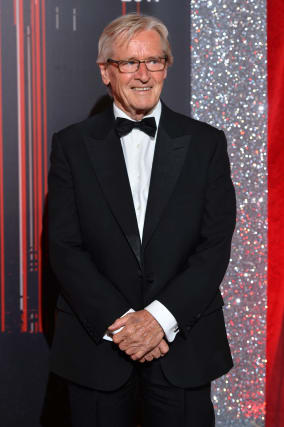 William Roache has said that Coronation Street’s older stars are “ready and willing” to return to work.

Although filming has resumed after being paused because of the coronavirus pandemic, cast members over the age of 70 are yet to go back on set.

The actor, who has played Ken Barlow in the soap since 1960, told ITV’s Good Morning Britain: “The over-70s haven’t been called yet.

“I have been told I might be called after August. I hope so, we are ready and willing.”

He added: “The writers are told to be inventive so I’m hoping they come up with something.”

Roache said he has been told by colleagues that there is a “wonderful camaraderie” on set among those who have returned.

“Although they are doing distancing there’s a great feel at work, so I’m quite looking forward to that,” he said.

Coronation Street resumed filming in June and social distancing rules were put in place on set.

Roache, 88, also told Good Morning Britain that while he has not been working he has spent time writing and drawing.

He said he was working on a story and also showed his sketches of a bee and a lion.

The actor said he had been taught to draw by his daughter Verity, who is an artist and has been living with him during the lockdown.

– On Wednesday evening at 8.30pm, ITV is airing a programme looking back at Ken Barlow’s time in the soap, entitled Coronation Street Icons.

Paul Mescal on finding fame in the middle of the pandemic