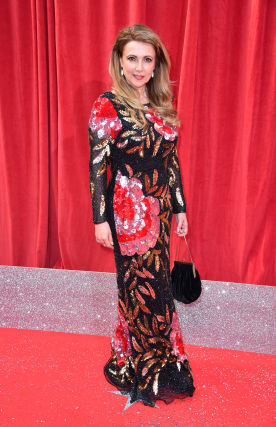 Emma Samms has said she is suffering with long-lasting effects of coronavirus.

She said she still feels ill and “nobody knows” exactly how long it can last.

Samms, 59, told the programme: “There are some good days and bad days, it is very unpredictable, which is annoying to say the least.

“I didn’t test positive because in March they didn’t test you unless you were going to be admitted (to hospital).

“That meant I was seen at hospital, I had shortness of breath, chest pains and various other symptoms but they sent me home and said, ‘Come back if it gets any worse’.”

Samms added that her hopes of getting better were repeatedly dashed.

“I kept thinking, ‘Two weeks and I’m going to feel better’, and I just didn’t.

“There would be a good day and I would try and get back out into the garden, and try and do some gardening, and the next day I would be completely wiped out.”

The Dynasty star said it is “frustrating” that more is not known about how long the effects of the illness can last.

“Doctors have not known about it when I’ve seen them,” she said.