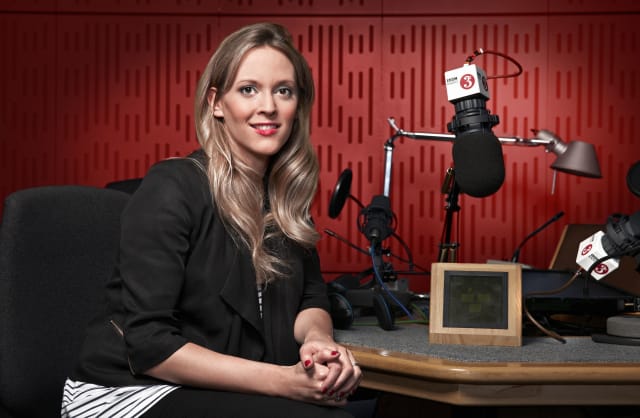 The presenter of Radio 3’s Classical Fix, 39, had emergency brain surgery after she collapsed during a meeting in New York, where she is creative director of classical station WQXR.

She had suffered a massive haemorrhage caused by a previously undiagnosed condition: an arteriovenous malformation (AVM), an uncommon and abnormal cluster of blood vessels meshing the arteries and veins in her brain.

Burton-Hill was unconscious for the following 17 days but music was played to her all day and all night through a small speaker by her bed and now remembers that music provided her with hope, saying that just before she regained consciousness, she seemed to make a choice of whether to give up or to live.

She told BBC Arts Online: “It was literally: I can do this, I’m going to get through this.

“Music is the opposite of despair.

“It was going to be worth the fight.”

She has begun the process of re-learning to speak and walk, and is undergoing physical therapy to strengthen the right side of her body which was affected by the bleed and says music has kept her going, describing it as “the ultimate motivation”.

Burton-Hill has also managed to play music with her friend, the violinist Nicola Benedetti, as she plays the left hand on the violin and Benedetti bows and said: “It’s a cliched idea that music is beyond language, but from what I’ve experienced in my own brain, I truly know that now.”

She added: “I really believe music is a part of my recovery because it uses both sides of the brain.

“It’s as though it trains your brain to be ambidextrous.

“Sometimes it is the thing that gives me solace.

“And sometimes it’s the thing that helps me to get up, and fight, and to live.”