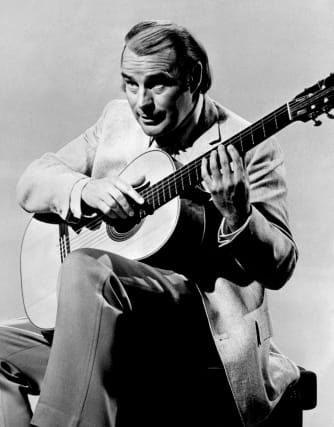 The musician’s representatives, James Brown Management, confirmed the news in a statement on their website.

It said: “We are very sad to report that Julian Bream CBE (b. 1933), English classical guitarist and lutenist, died peacefully at home today, 14 August 2020.”

Bream was among the most distinguished classical guitarists of the 20th century and worked with some of the period’s best-known musicians and composers.

His recordings, many for RCA Victor and EMI Classics, won him four Grammy Awards.

Bream was born in Battersea, London, but raised in Hampton, and his father was a commercial artist who enjoyed playing the piano and guitar.

The work of Romani-French jazz guitarist Django Reinhardt impressed him as a child and he would later name his dog Django.

Bream made his professional debut playing the guitar at the age of 13 and entered the Royal College of Music in 1948, aged 15, as a pianist and composer.

He is often credited with reclaiming the lute from historical obscurity in the 1960s by forming the Julian Bream Consort, a period-instrument ensemble with Bream as lutenist.