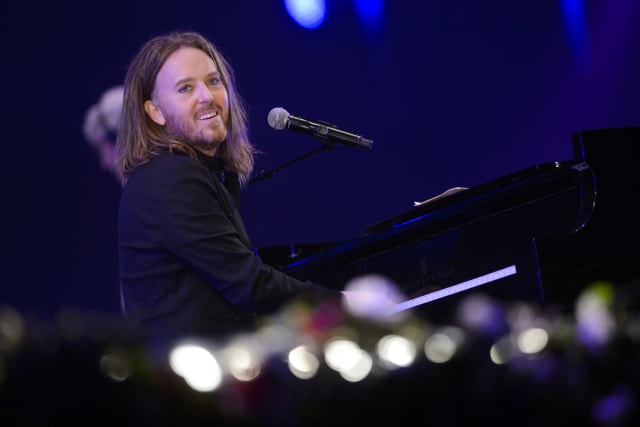 Australian comedian and composer Tim Minchin has unveiled the third single and title track from his debut studio album.

Apart Together was inspired by a story on LA radio station KCRW about an elderly couple in their mobile home who died of hypothermia in each other’s arms.

Minchin said: “From the outset, if you enter marriage wholly accepting that it’s a commitment to watching each other decay, there’s something far more beautiful in that than the greeting card depiction of love that it’s overturning.”

The song will feature on Apart Together, which is due out in November, and will be the first studio album of Minchin’s 18-year career in music, acting and comedy.

The announcement comes after the 44-year-old performed at the Bafta TV Awards which were broadcast from behind closed doors on BBC One.

He opened the show with a bespoke song about the coronavirus’s impact on the screen industry before closing with Carry You from his TV series Upright.

While he has continued to release live and comedy albums since 2005’s Darkside, Minchin has never made a studio album.

He was the composer and lyricist for the Olivier and Tony Award-winning show Matilda The Musical, based on the Roald Dahl book.

The song Apart Together is out now while the album is out on November 20.