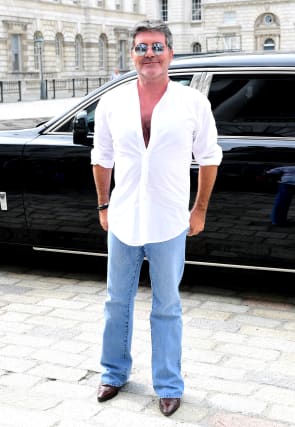 Simon Cowell has thanked Kelly Clarkson for standing in for him on America’s Got Talent as he recovers after breaking part of his back.

The music mogul underwent six hours of surgery at the weekend following a fall from a new electric bike he was testing at his house in Malibu.

The 60-year-old was taken to hospital where he had an operation on Saturday night, which involved a number of procedures including having a metal rod put in his back.

Clarkson is filling in as a judge on the reality TV talent show in the US while Cowell recovers and joked on Twitter that he should not “hurry back” as she is “getting pretty comfortable in your chair”.

Cowell tweeted after the show: “Thank you Kelly Clarkson. Miss all of you. What a great show.”

Clarkson shared the news she would be filling in with a spoof “urgent memo” that she shared on Instagram at the beginning of the week.

“My friend, Simon Cowell, is doing better now but was in an accident and won’t be able to make Tuesday and Wednesday’s live shows for AGT, but no worries America, someone far wiser, cooler and hotter is taking his seat!” she quipped.

Cowell has previously thanked the medical staff who have helped him since his accident.

He tweeted: “Some good advice… If you buy an electric trail bike, read the manual before you ride it for the first time. I have broken part of my back. Thank you to everyone for your kind messages.”

A second message read: “And a massive thank you to all the nurses and doctors. Some of the nicest people I have ever met. Stay safe everyone Simon.”