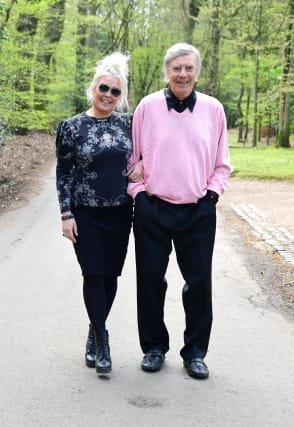 Kim Wilde has spoken about the “dramatic health scare” suffered by her father Marty during lockdown.

The Kids In America singer said it was a “very serious time” but she has been inspired by his recovery.

Marty, 81, told ITV’s Good Morning Britain: “I got an irregular heart beat which is going to be fixed shortly, in two weeks’ time I go in for a small op.

“Originally I just collapsed, I didn’t know what it was and went into hospital and came out and had to go in again the next day and they fitted in a pacemaker, which is here, and great things they are too so I feel fine now.”

However, Kim told the programme: “To see my dad at 81, after his really quite dramatic health scare, he underplays it but it was a very serious time, and then to come back so strong, is so inspiring, with such great songs.”

The pair have recorded their first duet together after their long careers in the music industry, called 60s World, to tie in with Kim’s 60th birthday, and Marty’s 60th wedding anniversary.

He said: “I thought it would be a really nice thing to do, especially this year as she’s 60 and it all seemed to tie in with the ’60s world in general.

“We have sung before but not as a record, not as a pop record, so this is our first time.”

Kim added: “We did it earlier in the summer, I went over to dad’s actually, socially distanced, stood away.

“I became a director for the first time in my life, having been directed many times with videos, I suddenly found myself on the other side of the camera.

“It was very strange, and then I went back to my garden and I did my filming in the daisies while my family were having a bit of lunch so it was strange days, these are strange days, but we are determined to make something really positive from them.”

She added: “I’m really hoping it brings a smile to everyone’s face and everyone loves it.”