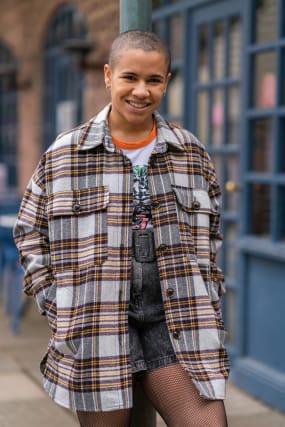 The new character is a friend of Tom Cunningham and will be working at a second-hand clothes store at the Cunningham’s Grand Bazaar.

Ripley will strike up a friendship with the teenagers of the village, Peri Lomax, Yasmine Maalik, Romeo Quinn, as well as Tom Cunningham.

Griffin made a brief appearance on the soap in the final episode to air in July and will now be a full-time cast member.

The schedule was cut from five to two episodes a week at the start of lockdown.

Hollyoaks has resumed production in Liverpool after filming was halted in March as the TV and film industry shut down amid the coronavirus pandemic.

New work protocols are  in place to safeguard the health, safety and welfare of the Channel 4 soap’s cast and crew.

Piglet sees herself in the mirror for the first time