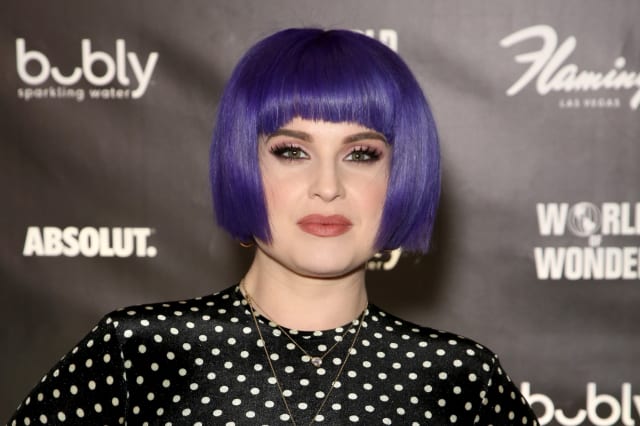 Fans said the reality TV star, 35, was unrecognisable after she shared a selfie to Instagram this week.

The daughter of Ozzy and Sharon Osbourne posted a picture of herself wearing a red Gucci boiler suit from the backseat of a taxi – before revealing she has shed just over 6st.

Her revelation was prompted by a comment from TV star Olivia TuTram Mai, who wrote: "Oh my gosh, you lost a lot of weight."

Kelly responded: "That's right mamma Mai I lost 85lbs since I last saw you. Can you believe it? Kaakakaka."

One person added: "You look awesome!!! What have you been doing???"

Another shared: "Can you share how you lost so much weight? Struggled my whole life."

A third commented: "You're so gorgeous Kelly!"

And a fourth told her: "You look like a different person with your weight loss much more confident... beautiful!"

On her Instagram Story, the star also shared a photo of an old Neiman Marcus clothes tag from a size 26 garment.

She captioned it: "Yes... I'm bragging because I worked so hard and it feel good!!!"

Kelly previously slimmed down after appearing on TV show Dancing With The Stars in 2009, during which she lost just over 2st.

In 2012, she decided to become vegan, and it was changing her diet – and increasing her fitness – that appears to be responsible for her latest weight loss.

Additionally, she also goes on regular hikes near her Los Angeles home.

Speaking previously to HuffPost, the star said: "Once I learned how to work out right and eat right, it's one of those things that you just have to commit to a life change rather than being on a diet."

READ MORE: Gemma Collins talks losing weight to try to get pregnant in her forties