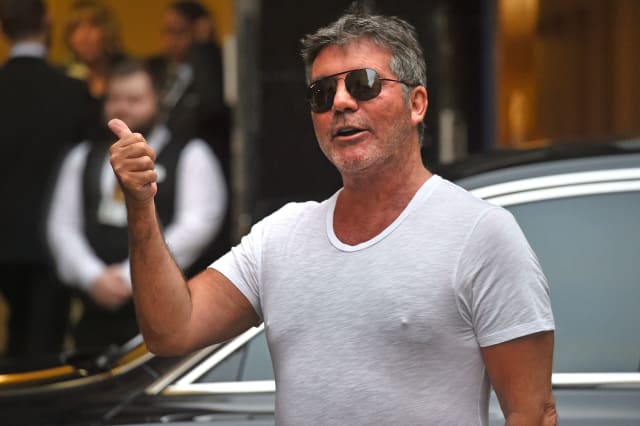 Simon Cowell had six hours of surgery after a fall from a bike caused him to break his back in a number of places.

The X Factor supremo, 60, fell from a new electric bike he was testing at his house in Malibu.

He was taken to hospital where he underwent surgery on Saturday night, which involved a number of procedures including having a metal rod put in his back.

Cowell is recovering in hospital now and it is understood that he will continue to do so for a few days.

A spokeswoman for Cowell said: "Simon has broken his back in a number of places in a fall from his bike whilst testing a new electric bike in the courtyard of his home in Malibu with his family."

She said he was taken to hospital where he was operated on overnight, adding: "He's under observation and is doing fine."

Just last month it emerged that Cowell has bought Sony Music Entertainment's stake in TV programmes including Britain's Got Talent and The X Factor.

The move sees the music mogul gain ownership of all the international versions of The X Factor and Got Talent programmes.

The Got Talent format airs in 76 markets, while The X Factor is broadcast in more than 130 territories.

Sony Music's share of the venture has transferred to Syco Entertainment, a company solely owned by Cowell.

Filming on the next stage of this year's Britain's Got Talent has been postponed because of the coronavirus crisis, but ITV has said it hopes to continue the series later this year.

The moment a man proposes to his girlfriend - with a tattoo

Ricky Martin is his children's stability

I will bring you the stick, hooman!