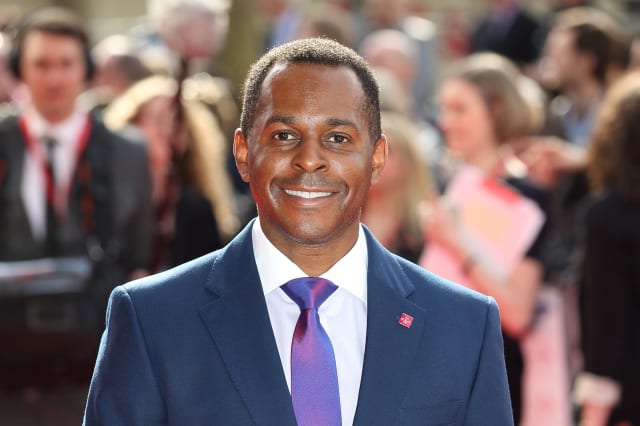 Andi Peters has praised ITV for its commitment to "getting more black faces on television", following the announcement that he will present Lorraine for two weeks.

The broadcaster announced last month that Peters will stand in for the breakfast programme's usual host Lorraine Kelly from Monday.

Peters said it is "great" he has been asked to step in.

He added: "It's a real break from tradition and it's a great statement from the channel about getting more black faces on television in lead roles as opposed to support roles, which is really important and we mustn't shy away from that fact.

"I love Lorraine, I've known her for 10 years, I'm on her show every day and it's great to be part of that family.

"Sitting in for her is an honour, Lorraine is an institution."

He said he is "looking forward to chatting to people and having a whole hour to actually relax into it".

Peters added: "I am happy and jolly, and that will always be there, but obviously I do have an opinion.

"I can't wait to see how guests react to that. I'm genuinely really excited."

The former children's TV presenter said he has had a "ridiculous" 2020 after suffering with shingles earlier in the year.

He added: "The team were very supportive, even Piers [Morgan] was worried.

"I was very worried that after that, my immune system would be really, really low and I would be more susceptible to coronavirus.

"Plus, we now know, being black and a man, you are more susceptible to it and you are a lot more at risk if you do catch it."

However he said it was "really comforting" to be told overcoming the illness would mean his immune system "would be really strong".

Lorraine airs on weekdays on ITV from 9am.

Sophia Loren returns to movies with 'The Life Ahead'