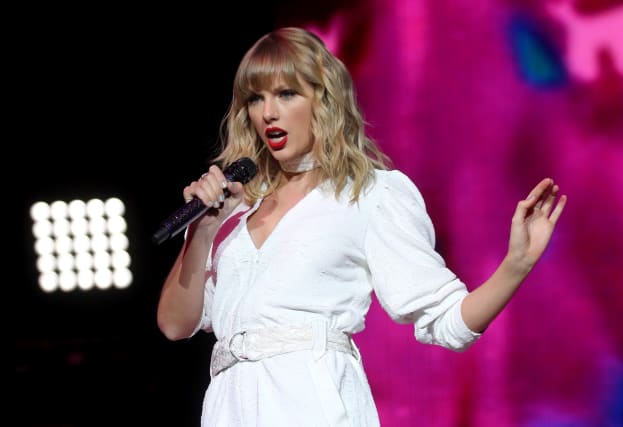 The singer leads her nearest competitor by 3,500 chart sales.

The album is solely available in digital formats until it gets a physical release later in the year.

Folklore has become Swift’s longest-reigning number one UK album after her previous releases Red, 1989, Reputation and Lover all held the Official Charts Company top spot for one week only.

Swift, who had been set to headline Glastonbury before it was cancelled due to the coronavirus pandemic, recorded the album during the lockdown.

A Hero’s Death by Fontaines DC came second in the chart.

Shoot For The Stars, Aim For The Moon, the posthumous debut album by the late US rapper Pop Smoke, is at number three in the chart, while Juice Wrld’s Legends Never Die came fourth.