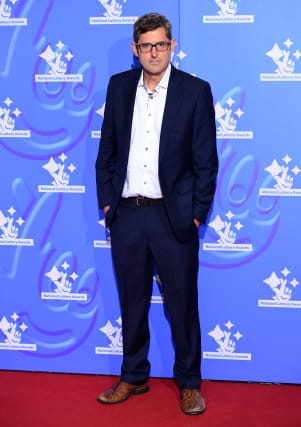 BBC Sounds enjoyed record listening figures during lockdown, with Louis Theroux’s podcast proving to be the biggest hit on the service.

The corporation’s audio service saw 313 million plays of all content across radio, podcasts and music mixes between April and June 2020.

Grounded With Louis Theroux was the most listened to podcast over the quarter, the BBC said, featuring interviews with stars including Helena Bonham Carter, Sir Lenny Henry, Boy George, KSI and Miriam Margolyes.

In total, there were more than 240 million global podcast downloads across the world during this quarter, an increase of 10 million from the last quarter.

There was an average audience of 3.4 million weekly users across the app, website and voice-activated devices, with a record 136 million plays of on-demand radio programmes and podcasts in the second quarter, up 13 million on last quarter.

There were also 2.7 million plays of music mixes, boosted by the popularity of Normal People – The Soundtrack, Radio 1’s Big Weekend UK 2020 and Glastonbury, a 1.4 million increase on the previous quarter.

Jonathan Wall, controller of BBC Sounds, said: “The extraordinary circumstances of these months during lockdown and the disruption to people’s lives is reflected in these latest figures and the most popular content.

“I’m really glad we’ve been able to give listeners some real treats to enjoy such as Louis Theroux’s brilliant first podcast, hours and hours of Glastonbury and Big Weekend sets and more ways for fans to indulge in drama hits such as Normal People.”