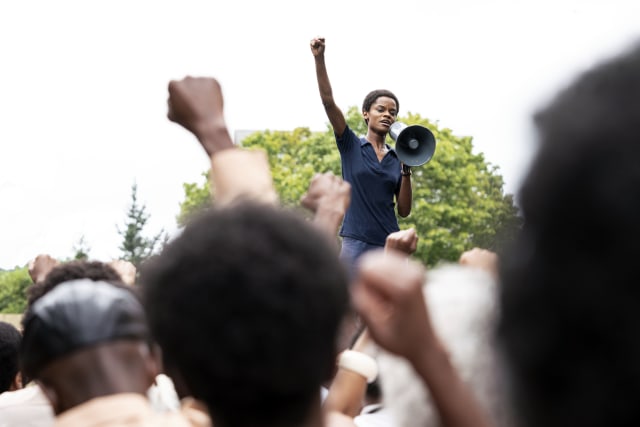 It is one of five films from director Sir Steve McQueen’s Small Axe anthology series and the footage from the drama comes ahead of the 50th anniversary of the march of 150 protesters of West Indian, African and South Asian heritage in Notting Hill, west London.

The group later became known as the Mangrove 9.

Sir Steve said: “Sunday, August 9th is 50 years since the Mangrove March, which led to nine innocent black women and men being arrested.

“It was a march necessitated by relentless police brutality in Notting Hill. To commemorate the bravery of these community activists and the nine who went on to be acquitted of incitement to riot with the judge citing ‘evidence of racial hatred’, I am sharing the trailer of Mangrove, one of five films to be released under the banner Small Axe.”

The film tells the true story of the Mangrove 9 and their highly publicised trial that followed, and stars Wright, Shaun Parkes, Malachi Kirby, Rochenda Sandall and Jack Lowden.

The Small Axe anthology series features stories from the late 1960s to the mid-1980s and each tells a different story involving London’s West Indian community.

The title is derived from an African proverb, which has resonance throughout the Caribbean, “if you are the big tree, we are the small axe”.

This was made popular by Bob Marley And The Wailers with the song of the same name.

Small Axe will premiere on BBC One and iPlayer in the autumn.