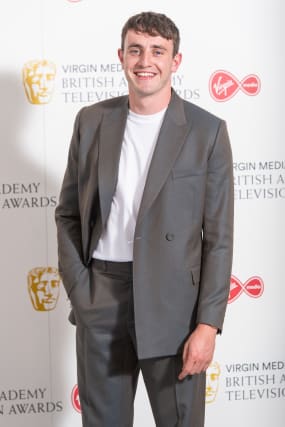 Paul Mescal has discussed his appearance in a Rolling Stones music video with Sir Mick Jagger.

The pair discussed the video, which is being released at 7pm on Thursday, in a clip that was posted on Twitter by the label Polydor Records.

Sir Mick asked the Normal People star if it was his first time appearing in a music video.

Mescal said it was, adding: “Kind of in at the deep end with that, I think.

“Straight in, just go straight in and start with the Rolling Stones video and best of luck,” he said.

The Irish actor will appear in the video for their song Scarlet.

On Monday, the band’s official Twitter page shared a video of Mescal wearing a white shirt while the music played.

The song is a previously unreleased track the group recorded with Led Zeppelin guitarist Jimmy Page in 1974.

It has previously been reported the actor, who earned widespread critical acclaim for his portrayal of Connell Waldron in BBC series Normal People, would play a “rock ’n’ roll leading man” in the video.

The video is described as a “love letter” to Scarlet and was directed by filmmaking duo US with a socially distanced shoot at London’s Claridge’s hotel.

Scarlet will be included on the band’s upcoming Goats Head Soup box set, which will also feature two other previously unreleased tracks – All The Rage and Criss Cross – as well as “many more rarities, outtakes and alternative mixes”.

It will be available from September 4.