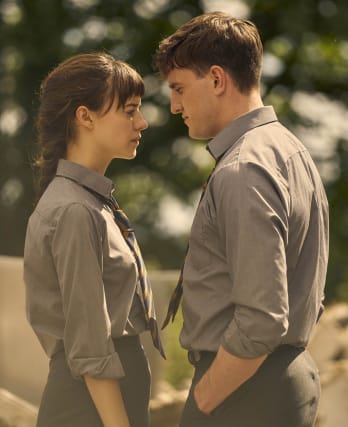 Lockdown gave the BBC its best ever quarter for iPlayer, with 1.6 billion requests in the April-June period, the corporation has said.

This was an increase of more than half (59%) on the same quarter last year.

A record-breaking number of viewers used the streaming service in the first half of 2020, with 3.1 billion requests to stream programmes, up by 47% on the previous year.

Viewing was already up prior to the UK lockdown, with the first quarter a third (34%) higher than the same quarter for 2019.

BBC Three drama Normal People, starring Daisy Edgar-Jones and Paul Mescal, and the third series of Killing Eve make up all of the top 10 most popular episodes so far this year.

The 12-part adaptation of Sally Rooney’s Irish novel received 54.8 million requests over the whole series – the highest for a drama series so far this year, the BBC said.

Dan McGolpin, controller of BBC iPlayer, said: “It’s fantastic to see record viewing levels on BBC iPlayer across the first half of 2020, with huge numbers for the brand new and simply unmissable Normal People and for hotly anticipated returners like Killing Eve, This Country and Race Across The World.

“In a year full of challenges, BBC iPlayer has entertained us, connected us to events like the virtual Glastonbury and the restarted football season, broadened our horizons through Culture in Quarantine, educated our younger family members through BBC Bitesize and all the while kept us informed of the latest news from around the globe.”