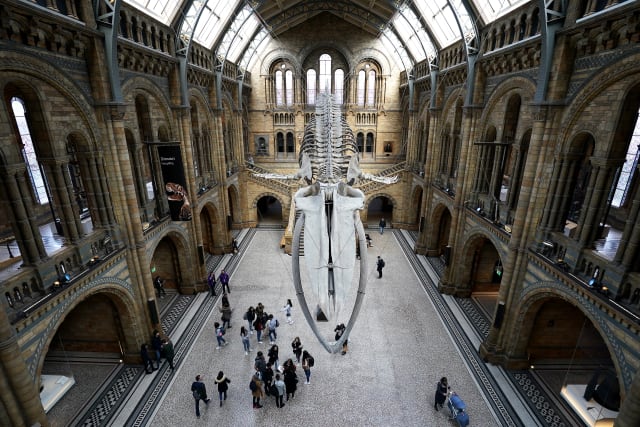 Visitors to the National History Museum have expressed their delight as the venue opened its doors for the first time in months.

People queued outside the London museum on Wednesday morning to become some of the first members of the public to go inside since it was forced to close at the start of the coronavirus outbreak.

A range of new safety measures have been put in place, including mandatory pre-booking, a reduction in the museum’s capacity and social distancing rules.

Jen White, a 36-year-old production manager, travelled with her children from Manchester for a visit to the museum.

She told the PA news agency: “I have been home schooling these guys, so we have been literally cooped up in the house.

“I just wanted to get out and educate them somewhere that is not a home school setting.

“I think when they get in they will be wowed because we have never done this before.”

Vicky Lowry said her son had told her on the way to the museum: “This is going to be the best day of my life.”

The 34-year-old receptionist added that she feels “confident” it is safe to visit the venue.

“I have felt pretty safe at most places that I have gone, we have taken our masks and got our hand sanitiser with us,” she added.

Nikkie Bransfield, a 39-year-old jeweller, said it felt “good to be getting back to a little bit of normality”.

She added: “There’s always an element of risk, but you can’t live your life stuck indoors all the time.”

Project manager Raymond Nelson, 34, said he was “quite excited” to be going to the museum while visiting London.

“We came here for a holiday from Scotland and everything has been shut, so it is good that this is open,” he added.

Slots to visit the museum this week are fully booked, while 80% of the tickets for next week have also already been sold, according to a spokesman for the venue.

Ahead of the reopening, museum staff carried out conservation work on exhibits including the 25.2 metre-long blue whale skeleton named Hope, which is suspended in the entrance.

Head of conservation Lorraine Cornish previously said “quite a lot of dust” had accumulated on displays while the venue was closed.

Museums and galleries have been able to reopen since July 4, however a number of venues did not immediately do so.

The National Gallery and Tate venues in Liverpool, London and St Ives are among those to have welcomed back visitors, while the Victoria & Albert Museum will welcome back visitors on Thursday.

The British Museum and Science Museum are yet to reopen.