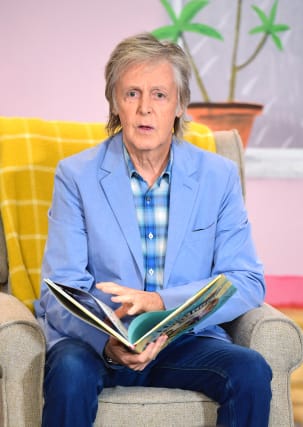 Sir Paul McCartney has joked that he turns into a tour guide when he returns to Liverpool.

The former Beatle, 78, said he insists on driving himself around when making the trip to his hometown and enjoys showing his friends around the streets where he grew up.

Speaking to GQ, the beloved rock star said: “I like driving and I don’t want to be driven around Liverpool. And I know all the routes, you know? Most of the time I’m driving to Lipa (Liverpool Institute For Performing Arts, co-founded by Sir Paul in 1996) and on my way I pass all the old haunts and it’s like a guided tour, with me as the tour guide.

“I’ll say, ‘And this is where John’s mother, Julia, lived and we used to go round and visit her. And this is the street here where I had my first girlfriend.’ So it’s all that. ‘This is where I did this; this is where I took this girl out…’ I can remember lots of stuff.”

Sir Paul has been one of the most recognisable people in the world since the Beatles first began ruling pop music in the 1960s.

He said he was glad he rose to fame then as it was more “innocent,” adding: “It was exciting getting famous, but then it wears off a bit and when you’ve been famous for as long as I have, it’s a thrill sometimes and sometimes it’s a nuisance.”

Read the full feature in the September issue of British GQ available via digital download and on newsstands Friday August 7.