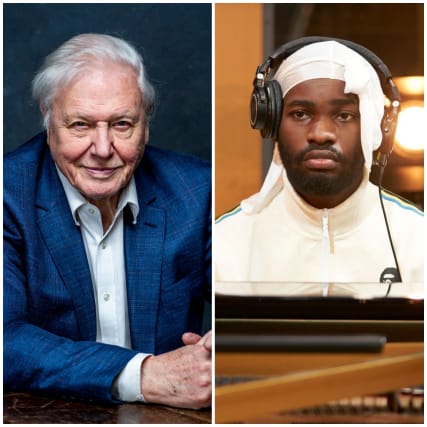 Planet Earth: A Celebration will air this summer, and aims to cheer up viewers at “a time of international uncertainty”.

Broadcaster and naturalist Sir David has recorded a new narration for the programme, his first natural history show to air this year.

Composer Hans Zimmer has also worked on the BBC One special, creating new compositions and rearranging the original scores.

From Blue Planet II, they include an octopus fighting off a shark by pushing their arms into the gills to suffocate the predator.

The one-off programme will also feature bird eating fish – giant trevallies propelling themselves out of the water to catch sea birds in mid-air.

Highlights from Planet Earth II include the famous scene in which a newly-hatched marine iguana is chased by snakes.

The BBC One programme will look at how “animals overcome adversity to survive and thrive in some of the world’s most challenging environments – offering a message of hope to humanity”.

Dave said: “I’ve always been fan of powerful natural history documentaries. This is a programme where nature and music come together.”

The BBC Concert Orchestra has worked on soundtracks for the series from the original 2001 Blue Planet.

Orchestra director Andrew Connolly said: “To bring the Concert Orchestra out of lockdown in order to create new music with Dave and Hans Zimmer for Planet Earth: A Celebration was very special, and that feeling of coming together is at the heart of our performance.”